Why is it so easy to divide rather than multiply? The church, Christians seem to judge so quickly instead of LOVE like we are commanded. The littlest things seem to divide us. Our focus is in the wrong place.

If we truly look at what we believe, on 99% of our beliefs we would agree. Yet we let the 1% divide.  We argue between denominations and each other about the 1%.  I have had someone from denomination x tell me I was going to hell because I was not “in” denomination x, really? I thought we had the same God and Lord and Savior.

Each denomination and person is part of the whole body of Christ; each has their own gifts and talents. And each has their own role to play for the Kingdom. Let us come together under the cause of Christ in love and be salt and light in this world. Focus on the ONE who gives life, not the 1% that divides.

This is what we believe.

I believe in God,

Creator of heaven and earth,

and in Jesus Christ, his only Son, our Lord,

who was conceived by the Holy Spirit,

born of the Virgin Mary,

was crucified, died and was buried;

he descended into hell;

on the third day he rose again from the dead;

he ascended into heaven,

and is seated at the right hand of God the Father almighty;

from there he will come to judge the living and the dead.

I believe in the Holy Spirit,

the communion of saints,

the forgiveness of sins,

the resurrection of the body, 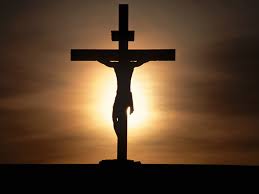 Ted Goodwin is a speaker and author of the book “Lessons from a Headache.” In June of 2009 Ted was diagnosed with a “chronic daily migraine” headache. Despite constant pain since the headache began, Ted has not allowed it to stop him from living life to the full. He lives a life that is active, rewarding and full of joy. He diligently trained for and completed his first marathon in September 2010, despite the migraine.