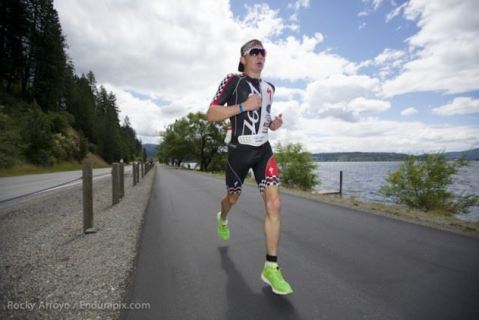 A great story came out of the Coeur d’Alene Ironman in Idaho, this weekend. Ben Hoffman a professional triathlete and defending champion of the Coeur d’Alene Iroman was in the 112 bike stage of the race when he tangled up with an amateur competitor in one of the bike circuits. In a act of sportsmanship that is rarely seen these days Ben stopped to help the other competitor get his bike fixed and also fix his own bike. Ben spent almost thirteen minutes before he got back on his bike to complete the circuit.

Ben then ran a 2 hour 43 minute and 59 second marathon one of his fastest marathon times in his career. He finished in third place just 3 minutes 28 second behind race winner Andy Potts.

I applaud Ben’s act of sportsmanship and integrity for doing the right thing even though it cost him the race. Here’s to you Ben Hoffman a true Champion, we need more selfless athletes like you to inspire us all to do the right thing.